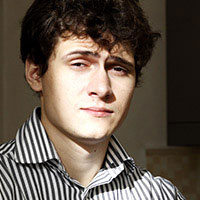 Once we had to draw several dozen realistic letters for one of the TurkStream projects. They had to be based on metaphors related to TurkStream.

This amount of work is too much for any one designer, so we decided to create a couple of sample letters and write detailed guidelines on drawing more and combine forces of several designers.

The guidelines were supposed to solve two problems: they would allow us not to explain the task to every designer personally and to reveal technical merits of designers who aren’t normally too keen on detailed drawing.

Below is everything that was sent to the designers to allow them to work independently.

Letter to the designers

Hi! I’ll try to help you help the TurkStream project.

TurkStream is a pipeline that goes from Russia to Europe across the Black Sea. Documents presenting the project are being prepared at the studio. Some of the mock-ups include large words whose letters we need to draw realistically. First of all, we will be working with English letters:

A small board for inspiration was put in the shared space, ready to be expanded: ...Process/Moodboard/Turkstream_moodboard_2014_07_17.psd

Open it up, add something and save.

I’ve drawn a couple of letters which I will use to explain the process of creating new ones.

Each letter is a separate PSD file with resolution of approximately 1300×1300 pixels. Of course, some letters might have diacritic marks or additional graphic elements, but most of the grapheme’s weight should be the same for all letters.

Before working in Photoshop, you need to use Illustrator as that’s where we’ll prepare a template for the letter.

Here is my work file which you can use to generate new letters: .../Process/Illustrator_3D/Techno_word_2014_08.ai

It’s better to make a copy so that you don’t change the original file.

Please don’t change any parameters, this will ensure that all the letters have the same angle and size.

2. Next, transform the word into curves, ungroup (to make sure the effect applies to each letter individually, not to the entire word) and use the 3D Extrude & Bevel effect with the same parameters as on the screenshot.

To maintain the style you can use these settings on other objects as well. Which is what I did with the cutaway of the pipe, for example.

3. Expand, then ungroup the object. Apart from individual shapes, we need to create an overall silhouette of the letter by gluing all parts together, it will be used to assemble the letters piece by piece in Photoshop.

If we’re lucky, Lelya Le should give us metaphors that would look something like this:

But if something goes wrong, we have plan B.

We need to get the client’s preliminary approval for each letter based on simple sketches, like this:

Graphic elements of the letters is a serious issue that needs to be handled delicately, since every little technical detail is very important for the client. They should be shown on the sketches with no ambiguity.

Most of the decorations should be concentrated in the center of the letter or above it, but no to the left, right or bottom of it.

You can clear up technical details with the manager or look them up in the project folder.

The general principle is this: I look at a picture of a huge barge, I see cranes and decide to create a letter made of girders. I draw a sketch.

Or this: wouldn’t it be cool to make a letter entirely out of water! But there has to be something going on, too. I open up the client materials folder, choose some interesting things and integrate them into the picture.

One by one, we copy all letter parts as shapes into Photoshop, starting with the primary one.

It’s better to copy into the file of a sample 1:1 letter to ensure there are no errors in dimensions and perspective.

Next, we fill each letter with textures and shadows.

To save time, I suggest to avoid adding too much details. For some letters using only textures with no decorations will suffice.

Finding textures is easy, just look around in the studio, we have lots of suitable materials.

I have also created several dozen photos of the ground, grass and concrete, you can get them in the project’s directory. More photos are always welcome.

Since all letters have the same angle, I strongly suggest preparing textures in such a way that they could be adapted for other letters with little modification.

Stages of creating the letter T:

Layered source files of all letters that I created are available in the project folder.

Direct any questions about the task to me and any organizational issues to the project manager.

We established the following production chart:

We created additional rules for publishing the letters on the server. A folder was created for each word which contained source files and a single file with all the letters in the row.

To maintain the process, one of the designers was given the task to oversee the updates.

Here is the PSD file where designers insert their letters. It’s easy to see what’s missing and who is responsible for which letter in case the client has any comments.

We created Latin, Cyrillic scripts and diacritic marks for Turkish and Hungarian languages. Some of the letters have duplicates, a few of them more than one.